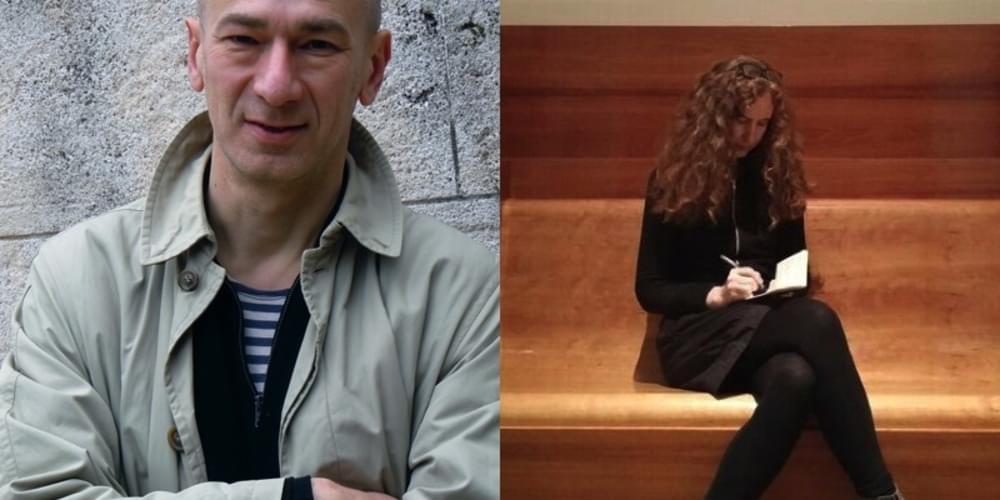 The Berlin Writers' Workshop and Lettrétage present a reading celebrating the work of Eugene Ostashevsky and Donna Stonecipher.

Eugene Ostashevsky's books of poetry include The Pirate Who Does Not Know the Value of Pi (NYRB 2017) and The Life and Opinions of DJ Spinoza (UDP 2008). The former, translated into German by Uljana Wolf and Monika Rink as Der Pirat, der von Pi den Wert nicht kennt, won him the International Poetry Prize of the City of Muenster. He is also an award-winning translator, mostly of Russian experimental poetry. This semester he is the Dorothea Schlegel Writer-in-Residence at the Freie Universität zu Berlin.

Donna Stonecipher is the author of five books of poetry, most recently Transaction Histories (2018), which was cited by The New York Times as one of the 10 best poetry books of 2018. She has also published one book of criticism, Prose Poetry and the City (2018). Her poems have been published in many journals, including The Paris Review, and have been translated into eight languages. In 2018 she won a Working Grant from the Berlin Senat. She translates from German, and her translation of Austrian poet Friederike Mayröcker’s études, for which she received an NEA fellowship, is forthcoming in 2019. She lives in Berlin.